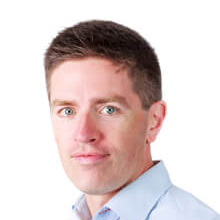 Ever wondered where those TV channels in a Hotel TV comes from? Working with IPTV headends isn’t rocket science but does require professional skills. As a hospitality decision-maker, you need an understanding of the hotel tv headend fundamentals. In this post, we explain some of the basic concepts of TV channel reception and distribution in hotels, hospitals and cruise ships.


What is a headend?

A headend is used to receive TV channels from external sources and convert them to a unified format for distribution to the in-room TVs. A traditional headend consists of terrestrial and/or satellite antennas and an appliance that converts the TV signals.

A broadcast headend is used for distribution in a coaxial antenna network inside the building. An IPTV headend is used for streaming multicast IPTV channels over a local area network (LAN) instead of the coax network. So, if you already have a coax network and don't want to upgrade to IPTV and LAN you need a broadcast headend, otherwise an IPTV version. Some hotel TV systems use both to distribute different kinds of channels, but the cost-efficient version is to go with one or the other.

Why do I need a headend for my hospitality TV system?

At home, the Smart TV’s tuner or an external set-top box (STB) is used to receive the TV channels. When the channel line-up changes or some tuning parameters are updated, the channels must be re-scanned on the TV. This approach works at home, but not in larger buildings. With a headend, the update is done once and takes effect in all rooms. The Hibox Smartroom hospitality TV system can be used to manage, provision and monetize on the channels.


Where do the TV channels come from?

The headend typically receives TV channels from satellite dishes, terrestrial antennas and/or cable from cable TV operators. It’s also possible to receive TV channels from the internet and other network equipment like IPTV cameras or computers.

How are the channels distributed to the in-room TVs?

The headend is the most important part of your hotel TV distribution system and usually forwards the tv channels within the building through one of the following wired connections:

Wifi is generally not reliable enough for streaming live TV to many adjacent rooms.

The image below illustrates the headends role within the hospitality tv system.

Can I keep my current headend?

Yes, if the channel line-up is good and the new TVs support the format that the old headend outputs. If not, the headend can be updated or replaced.

How can my headend be updated for more channels?

If the headend already has capacity for more channels of the same type, the headend technician can add the channels by simply reconfiguring the headend. If not, you need more receivers and possibly more satellite dishes or additional VHF/UHF antennas. If there’s no room for more receivers or if the existing headend is not modular, a new headend chassis is needed.

All relevant headends are built modularly with a chassis (main unit) that can hold several input/output (I/O) modules. The chassis contains a power source and connectors, but it’s useless without the I/O modules.

How many receiver modules do I need?

One receiver can process one or more channels that are broadcast on the same frequency. You need at least one, and in most cases, several.

What are the other parameters except for the frequency?

This gets a bit techy but if you really want to know, broadcast digital TV channels are distributed with the following main parameters:

Do I need one receiver per channel?

No, luckily the channels are often multiplexed (muxed) so that several channels are available with the same parameters. The actual amount can vary between 2 and 15 on average. For example, public service free-to-air channels are often muxed so that a single receiver can receive all or many of them simultaneously. Pay-TV operators frequently group channels similarly, so that commercial channel packages are conveniently in the same mux. Multiplexing reduces the number of receivers.

Can I keep my current satellite dishes?

Yes, if the channel line-up is good. If you need more satellite channels, changes in the antenna system may be needed.

How do TV channels from the internet work?

Some operators may provide TV channels over IP networks, multicast within their own network or distributed over-the-top (OTT) across the public internet. There are special I/O modules for this purpose, with suitable decryption capabilities. This approach may be interesting if:

Can I use one headend for several locations?

Yes. Traditionally, the headend is built locally in the same location as the viewers. However, with today’s technology, it’s possible to share the output from one headend to many locations. This centralized headend approach reduces the initial hardware investment and makes it very easy to manage the channels of all locations with a single administration interface like the Hibox Administrator. The bandwidth costs for cross-site streaming can be optimized in several ways. You can contact our TV Experts for more details.

Can I get any headend brand and model?

If in the slightest doubt, we recommend a site survey, where a professional technician assesses the requirements, possibilities and limitations of the environment. This survey leads to a trustworthy recommendation. If you want to know more about how headends work and how you can make the most out of them in your Hotel TV System just hit the Contact Us button below and we will connect you with one of our TV Experts! 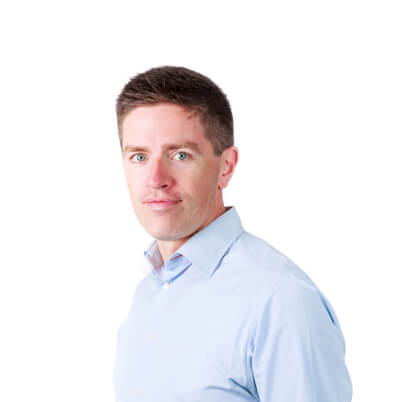